It is with sad and heavy hearts that we share the news that Clive Lipman, one of MAD’s founders passed away yesterday. Clive was regarded as a true gentleman of the industry and we were privileged to work with him for many years. To those of you who knew Clive you would remember his wicked, and occasionally inappropriate sense of humour, his wit and of course his professionalism. He started his career in sound in the 1970s at 2UE, before moving into vinyl production and mastering at EMI Studios in Castlereagh St where he was joined by industry great Don Bartley. Clive remained with EMI as it transitioned to become the now iconic Studios 301 where he mentored the incomparable Leon Zervos in the 1980s. He worked for ACDC (cassette and CD production) through the 1990s before founding MAD with Peter King in 1999. He retired to Kiama in 2008 with his wife Jill.  Clive died yesterday after a long illness. Our deepest sympathy goes to Jill, Georgia and Andrew and their families. To all who knew Clive, raise a glass in his memory, details of his celebration of life will be posted when available. 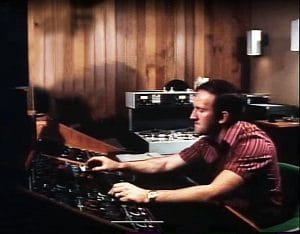 Sign up for the MAD Muse Newsletter, we only send it out every couple of months so you won't feel spammed. Learn about our latest specials, hear from industry experts and find out what's happening in our crazy world!